Gambling: Preys on the Ignorance & Naivete of the Poor 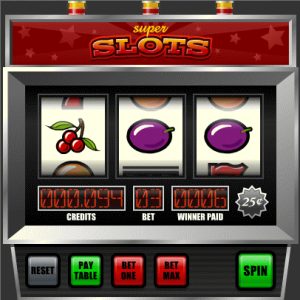 “Wealth gained hastily will dwindle, but whoever gathers little by little will increase it” (Proverbs 13:11).

In her article, “Gaming the Poor,” Barbara Dafoe Whitehead hits the jackpot in exposing the predatory tactics of gambling sellers in bed with state governments:

In a referendum in November, voters approved as many as seven new casinos to join New York State’s existing nine gambling facilities. And New York is hardly alone. In recent years, 23 other states have legalized and licensed commercial (as opposed to Native American) gambling facilities. In the casino-dense Northeast and mid-Atlantic regions, where 26 casinos have opened since 2004 and at least a dozen more are under development, most adults now live within a short drive of one.

Not surprisingly, the closer casinos come to where people live, the more likely people are to gamble at one. As casinos have spread into de-industrialized cities, dying resorts and gritty urban areas, the rate of gambling participation has grown among lower-income groups. . . .

A research team from the University at Buffalo and SUNY Buffalo State has conducted studies that offer new evidence of the exploitative effects of casino gambling on lower-income Americans. For example, the researchers found that the rates of casino gambling participation and frequency of visits have increased among lower-income groups. Easy access to casinos is a key factor. Living within 10 miles of one or more casinos more than doubles the rate of problems from excessive gambling. Another factor is easy access to slot-machine gambling. Women and the elderly have become more likely to gamble in recent years, partly because of a preference for nonskill slot-machine gambling.

The casinos’ method is to induce low-income gamblers to make a huge number of small bets per visit, to visit the casino several times per month, or even per week, and to sustain this pattern over a period of years. The key to executing this method is the slot machine.

Most regional casinos are essentially slot parlors. Slot machines are nowadays sophisticated computerized devices engineered to produce continuous and repeat betting, and programmed by high-tech experts to encourage gamblers to make multiple bets simultaneously by tapping buttons on the console as fast as their fingers can fly. Natasha Dow Schüll, an anthropologist at the Massachusetts Institute of Technology who has written the definitive work on gambling-machine design, notes that as gamblers deepen their immersion, they become less interested in winning itself than in simply continuing to play. . . .

The goal, though, is not to clean out the gambler in a single visit; it’s to provide an experience that will induce the gambler to prolong the time spent on the device. The slots achieve this by carefully regulating the rhythm, tempo and sound ambience of the play, while doling out occasional small wins even as the players’ losses slowly increase.

One way these computerized pickpockets milk their customers is by generating “near misses,” whereby the spinning symbols on the machine stop just above or below the winning payline. The feeling of having come oh so close to a win prompts further play. . . .