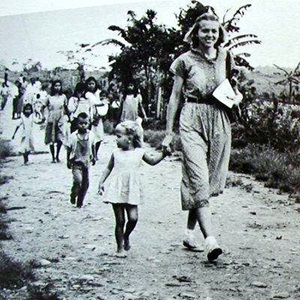 This from a new book by Crossway: Counseling and Pastoral Headache.

“Life is hard enough with my own problems.  Why am I taking on other people’s?”

I have to admit, this thought passes through my mind more regularly than it ought. It usually finds me at some low point in ministry, then kicks me.

The situations that bruise a pastor most are those that come when you’ve spent countless hours delicately untangling complex issues and setting people on a trajectory of growth, only to have everything collapse in an instant. The people give in or walk away, but not before delivering a parting kick to your shins.

Walking with people in the complications of their lives will increase your heartache. There’s no use pretending otherwise. If you arrange your schedule to take on some counseling, you are creating opportunity for greater heartache. Why bother?

Right!  Many pastors have been burned so many times, they just get gun-shy.  “Forget it!  I’m done!  Not gonna make myself vulnerable again!”  Many Christians can relate.  “Often I try to help people, but it blows up in my face.”

But we can’t let self-preservation stifle risking our lives in love for others.

In 1953, Jim and Elisabeth tied the knot before a judge in Quito, Ecuador. After a honeymoon to Panama, the couple returned to Ecuador and set up their tent among the Quichuas in the town of Puyopungo until Jim could get a house built for them. Having lived separately in the jungle, both Jim and Elisabeth knew just how demanding this life could be. It consumed all one’s strength, time, and resources to keep the dense jungle, and the diseases it harbored, at bay.

The end of the spear

While diligently serving the Quichua Indians, Jim was drawn to the challenge of reaching a savage group of Indians among whom no white man had ever set foot and lived, known then as the Aucas (and now as the Waoirani). Realizing he could never accomplish this monumental task alone, Jim surrounded himself with four men who shared his vision: Nate Saint (a pilot with Missionary Aviation Fellowship), Roger Youderian (a missionary with Gospel Missionary Union—now called Avant—to the Shuar Indians), Ed McCully (a former classmate of Jim’s at Wheaton), and Pete Flemming (another Plymouth Brethren missionary serving alongside Jim).

For months they poured over maps of the Ecuadorian jungle. They also researched a similar attempt to reach a savage tribe in Bolivia in 1943, which ended tragically for all five New Tribes missionaries. This dream was not pursued on a whim; it was carried out in direct response to what the men believed to be the will of God for them in that place at that time.

When all of their meticulously engineered efforts ended in all five men’s deaths along the Curaray River in January of 1956, this was not the end of the story. It was merely the beginning. Out of their deaths came everlasting life for the Waorani people, through Elisabeth’s willingness to take her three-year-old daughter, Valerie, with her to live among the very people who had speared her husband to death.

The freedom of forgiveness

For five years, Elisabeth and Valerie (along with Nate Saint’s sister, Rachel) slept in hammocks, cooked over open fires, read by candle and lantern light, bathed in the river, and dissected the Auca language.

One might think it common sense for Elisabeth and her 3 year old daughter to take the next flight home to a safe refuge in the USA, bidding good riddance to the people who so viciously spurned Jim’s overtures of love.

In her book, Through Gates of Splendor, one can search high and low for Elisabeth’s justification for her outrageous choice to stay among her husband’s murderers.

All she provides is a quotation from Revelation 5:9: “You are worthy, for You were slain, and have redeemed us to God by your blood from every tongue, people, and nation.”

Since Christ poured out his blood for us Hell deserving sinners, we must be willing to pour out our lives for the same.