Is Christmas Day Rooted in Paganism? 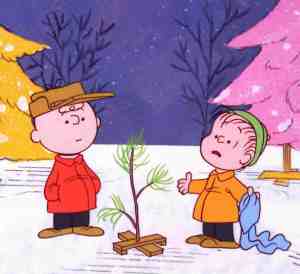 MAYBE NOT!  According to Nathan Busenitz:

It’s not uncommon to hear that the celebration of Christmas is rooted in ancient Roman paganism. That claim generally goes something like this: the ancient Romans celebrated a pagan festival on December 25th, but when the Roman Empire was Christianized in the 300s, the church simply turned the pagan festival into a Christian holiday.

It is true that there was a pagan Roman holiday called the “Birthday of the Unconquered Sun” that marked the winter solstice. And in the old Julian calendar, the winter solstice occurred on December 25. The cult of “Sol Invictus” (“the Unconquered Sun,” a.k.a. the sun god) became an official Roman cult in 274 under the reign of Emperor Aurelian. And the Roman empire was Christianized about fifty years later under Constantine.

It doesn’t take too much imagination to see how some could assume that the post-Constantine Romans simply adopted the pagan holiday and Christianized it.

But there’s actually good evidence to suggest that the date of December 25 does not have pagan origins. That’s because, long before Aurelian made December 25 an official pagan holiday, there were Christians in the early church who taught that Jesus was born on December 25th.

In fact, in the early church, there were two primary dates suggested as the dates on which Jesus was born in Bethlehem. One was December 25 and the other was January 6.

Around the year 192, Clement of Alexandria suggested that Jesus was born on January 6. An early Christian tradition suggested that Christ’s baptism took place on January 6. Then, because Luke says that Jesus was “about 30 years old” when He was baptized, some early Christians (like Clement) assumed that His birthday was the same day as His baptism.

A contemporary of Clement named Hippolytus of Rome, writing in the early 200s, suggested that Jesus was born on December 25. Hippolytus was convinced that the first day of creation was March 25 (corresponding to the first day of Spring in the Julian calendar). From there, he speculated that March 25 was also the day on which Jesus was conceived by the Holy Spirit in Mary’s womb. . . .  If you add 9 months to March 25, you end up at December 25.

So we have these two dates suggested very early in church history, roughly 80 years before Aurelias made the pagan observance of December 25 official in Rome, and more than a century before the Roman Empire became Christian.

What this means, then, is that the selection of December 25th as the celebration of Jesus’ birthday may not have pagan origins at all.

After the Roman Empire converted to Christianity, December 25th became the official day designated for the celebration of Christ’s birth. Meanwhile, January 6th, which is known as Epiphany, remained associated not only with Jesus’ baptism but also with the coming of the Wise Men. As for the “twelve days of Christmas,” that refers to the twelve days between December 25th and January 6th.

You can see Nathan’s entire article, including links to sources, along with an extensive volley of comments, here:

1 Response to Is Christmas Day Rooted in Paganism?