Should Women be Pastors? What Does the Bible Say? 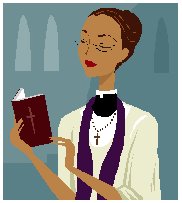 My Christian college student nephew is studying in Israel for the spring.  He has a female prof/guide there who’s teaching it’s okay for women to be pastors.  He asked for biblical data.  I sent him this article by Tom Schreiner:

Someone will occasionally ask me whether women may serve in ministry. My answer is always, “Yes, of course! All believers are called upon to serve and minster to one another.”

But I would answer differently if the question were posed more precisely: “Are there any ministry roles in which women may not serve?” I would argue that the New Testament plainly teaches that women should not serve as pastors (which the New Testament also calls overseers or elders). . . .

The fundamental text which establishes that women should not serve as elders is 1 Timothy 2:11-15. We read in verse 12, “I do not permit a woman to teach or exercise authority over a man.” In this passage, Paul forbids women from engaging in two activities that characterize the elders’ ministry: teaching and exercising authority. We see this in the qualifications for the office, among other places: elders must have the ability to teach (1 Tim. 3:2; 5:17; Tit. 1:9; cf. Acts 20:17-34) and to lead the church (1 Tim. 3:4-5; 5:17). Women are prohibited from teaching men and from exercising authority over them, and therefore it follows that they must not serve as elders. . . .

Is this prohibition still in force today?

But is the command that women must not teach men or exercise authority over them intended to be in force today? Many today contend that Paul prohibited women from serving as elders because women in Paul’s day were uneducated and therefore they lacked the ability to teach men well. It is also argued that women were responsible for the false teaching that was troubling the congregation to which Paul wrote in 1 Timothy (1 Tim. 1:3; 6:3). According to this reading, Paul would support women serving as pastors after they are properly educated and if they teach sound doctrine.

The prohibition is grounded in creation, not circumstances

The fundamental reason that women should not serve as pastors is communicated here, and so the argument from creation cannot be dismissed as culturally limited. . . .

In 1 Timothy 2:11-15, Paul specifically grounds his prohibition of women teaching and exercising authority in the order of creation, namely, that Adam was made first and then Eve (Gen. 2:4-25). The narrative in Genesis is carefully constructed, and Paul, under the inspiration of the Holy Spirit, helps us see the significance of Eve being created after Adam. Critics occasionally object that the argument fails to persuade since animals were created before human beings, but this misses Paul’s point. Only human beings are created in God’s image (Gen. 1:26-27), and therefore Paul communicates the significance of God creating man prior to the woman, namely, that the man is responsible to lead.

Paul gives a second reason why women should not teach or exercise authority over men in 1 Timothy 2:14: “Adam was not deceived, but the woman was deceived and became a transgressor.” Paul’s point here is probably not that women are more prone to be deceived than men, because elsewhere he commends women as teachers of women and children (Titus 2:3; 2 Tim. 1:5; 3:14-15), which he would not recommend if women by nature were apt to be deceived. It is likely that Paul is thinking again of the creation account, for the serpent subverted the created order by deceiving Eve rather than Adam (thereby subverting male headship), even though there is evidence that Adam was with Eve when the temptation occurred (Gen. 3:6). Verse 14 does not teach that women were uneducated, for deceit is a moral category, whereas lack of education is remedied with instruction. . . .

In summary, 1 Timothy 2:12 forbids women from teaching or exercising authority over men in the church. This command is grounded in the order of creation and is confirmed by the reversal of roles that occurred at the fall. It is not a culturally or contextually limited prohibition that no longer applies to churches today.

CORROBORATING TESTIMONY FROM THE REST OF SCRIPTURE

What we see of men and women’s roles in the rest of Scripture confirms this reading of 1 Timothy 2:11-15 The book of Genesis gives us six pieces of evidence that husbands have the primary responsibility of leadership in marriage: 1) God created Adam first and then Eve; 2) God gave the command not to eat of the tree to Adam rather than Eve; 3) Adam named the “woman” just as he named the animals, signifying his authority (Gen. 2:19-23); 4) Eve is designated as Adam’s “helper” (Gen. 2:18); 5) The serpent deceived Eve rather than Adam, thereby subverting male headship (Gen. 3:1-6); and 6) God came to Adam first,  even though Eve sinned first (Gen. 3:9; cf. Rom. 5:12-19). . . .

What we learn from other passages about women in the church

Nor is 1 Timothy 2:11-15 the only text that requires a different role for men and women in the church. In 1 Corinthians 14:33b-36 Paul teaches that women must not speak in church. This passage does not forbid women from speaking in the assembly absolutely, for Paul encourages women to pray and prophesy in church (1 Cor. 11:5). The principle of 1 Cor. 14:33b-36 is that women should not speak in such a way that they rebel against male headship or take upon themselves unwarranted authority, and this principle accords with the notion in 1 Timothy 2:11-15 that women should not teach and exercise authority over men.

Another text that points us in the same direction is 1 Corinthians 11:2-16. We have already seen in this passage that Paul allows women to pray and prophesy in the assembly. It is imperative to see that prophecy is not the same gift as teaching, for the gifts are distinguished in the New Testament (1 Cor. 12:28). Women served as prophets in the OT but never as priests. Similarly, they served as prophets in the New Testament but never as elders. Furthermore, 1 Corinthians 11:2-16 makes it clear that as women prophesied they were to adorn themselves in such a way that they were submissive to male headship and leadership (1 Cor. 11:3). This fits with what we have seen in 1 Tim. 2:11-15. Women are not the recognized leaders of the congregation, and therefore they must not function as teachers and leaders of the congregation. . . .

The scriptures clearly teach about the unique roles of women in the church and in the home. They are equal with men in dignity and value, but they have a different role during this earthly sojourn. God has given them many different gifts by which they can minister to the church and to the world, but they are not to serve as pastors. The Lord has not given his commands to punish women, but so that they can joyfully serve him according to his will.