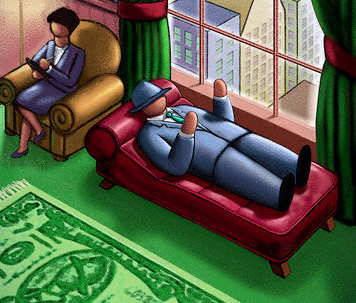 We cannot accept the inevitable claims that this young murderer is to be understood as merely sick.

His heinous acts will be dismissed and minimized by some as the result of psychiatric or psychological causation, or mitigated by cultural, economic, political, or emotional factors. His crimes were sick beyond words, and he was undoubtedly unbalanced, but he pulled off a cold, calculated, and premeditated crime, monstrous in its design and accomplishment.

Christians know that this is the result of sin and the horrifying effects of The Fall. Every answer for this evil must affirm the reality and power of sin. The sinfulness of sin is never more clearly revealed than when we look into the heart of a crime like this and see the hatred toward God that precedes the murderous hatred he poured out on his little victims.

This Christmas season reminds that in the first century King Herod decreed that all baby boys under two years should be killed in Bethlehem.

The twentieth century forced us to see the ovens of the Nazi death camps, the killing fields of Cambodia, the inhumanity of the Soviet gulags, and the failure of the world to stop such atrocities before they happened. We cannot talk of our times without reference to Adolf Hitler and Josef Stalin, Pol Pot and Charles Manson, Idi Amin and Ted Bundy. More recently, we see evil in the impassive faces of Osama bin Laden and Anders Behring Brevik. We will now add yet another name to the roll call of mass murderers.

In his radio broadcast on this theme, Dr. Mohler added:

In the aftermath of all of this, many questions will be asked.  Many theories will be propounded.  Many observations and commentaries will be offered.  One of the things we’re almost certain to hear is that some psychological imbalance, some psychosis is the cause of this, that some addiction or some narcotic or drug interaction caused this.  Some lack of one thing, or abundance of another thing was the cause of this.

And thus, even as we may be concerned about what we would learn about psychological or psychiatric or pharmacological or any other form of influence in this:  At the end of the day we have to recognize that Christians have no biblical option but to call this thing what it is — sin, evil, murder, death.

To this, we can add regarding the identification of sin as sin:

Jeremiah 17:9: “The heart is more deceitful than all else and is desperately sick; who can understand it?”

Mark 7:20-23: “And He was saying, “That which proceeds out of the man, that is what defiles the man. For from within, out of the heart of men, proceed the evil thoughts, fornications, thefts, murders, adulteries, deeds of coveting and wickedness, as well as deceit, sensuality, envy, slander, pride and foolishness. All these evil things proceed from within and defile the man.”

There is a cure for this evil of sin.  Thanks be to God through Jesus Christ our Lord!

2 Responses to Was Adam Lanza The Newtown Shooter Merely Sick?