Suffer from Depression? Spurgeon did too. 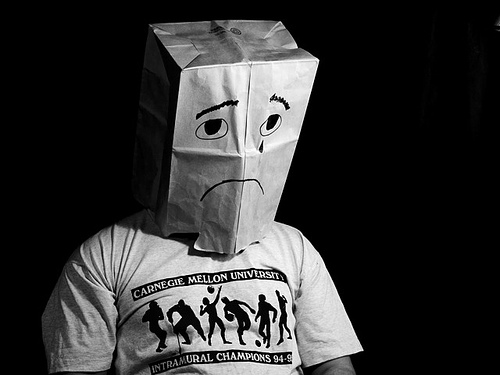 Charles Spurgeon was given to deep and frequent bouts of depression.

Here are some of his choice quotes on the theme:

“I could weep by the hour like a child, and yet I knew not what I wept for.” (“The Anguish and Agonies of Charles Spurgeon”, Darrel Amundsen)

“The iron bolt . . . mysteriously fastens the door of hope and holds our spirits in gloomy prison.” (Lectures to my Students, p24)

“I have sometimes been the means in God’s hand of heling a man who suffered with a desponding spirit.  But the help I have rendered has cost me dearly.  Hours after, I have been myself depressed, and I have felt an inability to shake it off.” (36.37)

“I am the subject of depression so fearful that I hope none of you ever get to such extremes of wretchedness as I go to.  But I always get back again by this–I know that I trust Christ.  I have no reliance but in Him, and if He falls, I shall fall with Him.  But if He does not, I shall not.  Because He lives, I shall live also, and I spring to my legs again and fight with my depressions of spirit and get the victory through it.  And so may you do, and so you must, for there is no other way of escaping from it.” (12.298)

“We have our times of natural sadness; we have, too, our times of depression, when we
cannot do otherwise than hang our heads. Seasons of lethargy will also befall us from
changes in our natural frame, or from weariness, or the rebound of over excitement.
The trees are not always green, the sap sleeps in them in the winter; and we have
winters too. Life cannot always be at flood tide: the fulness of the blessing is not upon
the most gracious at all times.” (1427.439)

“Fits of depression come over the most of us. Cheerful as we may be, we must at intervals be cast down. The strong are not always vigorous, the wise not always ready, the brave not always courageous, and the joyous not always happy.  There may be here and there men of iron to whom wear and tear work no perceptible detriment, but surely the rust frets even these; and as for ordinary men, the Lord knows and makes them to know that they are but dust.” (When a Preacher is Downcast)

There can be little doubt that sedentary habits have a tendency to create despondency in some constitutions.  Burton, in his Anatomy of Melancholy, has a chapter upon this cause of sadness. Quoting from one of the myriad authors whom he lays under contribution, he says:

Students are negligent of their bodies. Other men look to their tools. A painter will wash his pencils. A smith will look to his hammer, anvil, forge. A husbandman will mend his plow irons and grind his hatchet if it be dull. A falconer or huntsman will have an especial care of his hawks, hounds, horses, dogs, et cetera. A musician will string and unstring his lute. Only scholars neglect that instrument (their brain and spirits I mean) which they daily use. Well saith Lucan, “See thou twist not the rope so hard that it break.”

To sit long in one posture, poring over a book or driving a pen, is in itself a taxing of nature. But add to this a badly ventilated chamber, a body which has long been without muscular exercise, and a heart burdened with many cares, and we have all the elements for preparing a seething caldron of despair, especially in the dim months of fog.

Let a man be naturally as blithe as a bird, he will hardly be able to bear up year after year against such a suicidal process. He will make his study a prison and his books the warders of a goal, while Nature lies outside his window calling him to health and beckoning him to joy. He who forgets the humming of the bees among the heather, the cooing of the wood pigeons in the forest, the song of birds in the woods, the rippling of rills among the rushes, and the sighing of the wind among the pines, needs not wonder if his heart forgets to sing and his soul grows heavy.

A day’s breathing of fresh air upon the hills or a few hours’ ramble in the beech woods’ umbrageous calm, would sweep the cobwebs out of the brain of scores of our toiling ministers who are now but half alive. A mouthful of sea air, or a stiff walk in the wind’s face, would not give grace to the soul, but it would yield oxygen to the body, which is next best. (When a Preacher is Downcast)

“I often feel very grateful to God that I have undergone fearful depression of spirits. I know the borders of despair, and the horrible brink of that gulf of darkness into which my feet have almost gone; but hundreds of times I have been able to give a helpful grip to brethren and sisters who have come into that same condition, which grip I could never have given if I had not known their deep despondency. So I believe that the darkest and most dreadful experience of a child of God will help him to be a fisher of men if he will but follow Christ.”  (The Soul Winner, chapter 14)

“The worst forms of depression are cured when Holy Scripture is believed.” 2084.260