KONY 2012 – Let’s Take a Breath and Think This Through 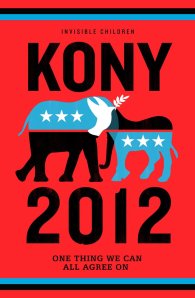 I’ve viewed the KONY 2012 video which calls for the tracking down and arresting of Joseph Kony of the Lord’s Resistance Army (LRC) for exploiting children in his war in Uganda.  I believe that Joseph Kony is a bad guy, who should be brought to justice.  However, the analysis and solution of Invisible Children made me uneasy.

Then I saw the menagerie of celebrities and politicians who have lined up behind the film: Lady GaGa, George Clooney, Bill Clinton, Sean “Puff Daddy” Combs, Harry Reid, Angeline Jolie and other notables.  And I really became uneasy.

TMS Ruge, a native Ugandan, concerned about Africa’s acting as a helpless victim depending on the heroic West writes:

In two weeks, Invisible Children will have millions of dollars; you will have a t-shirt and bracelet; and Uganda and Central Africa will be left wondering what just happened. . .

Instead of enjoining us to work together to amplify pressure on our governing bodies to address security and development holes, IC has taken the initiative to proposition an outside agency to do it for us.

How are we ever going to awaken to our civil responsibility to demand more from our sitting governments if we are lulled into a dependency state for every civil service we should rightly expect from our governments?

Here’s an interesting video from an inside Uganda perspective: