Restrained from Sin by an Abigail 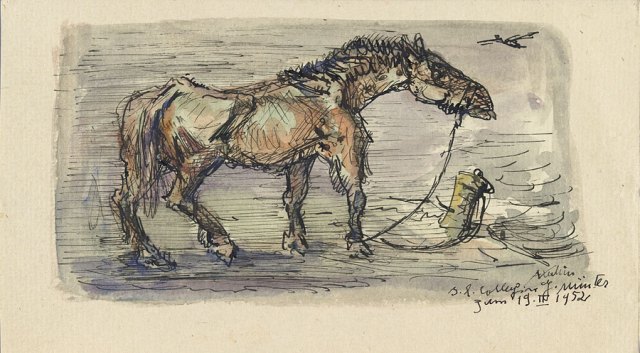 Nabal has humiliated and offended David.  So David straps on his sword and heads down the mountain to slay every male in Nabal’s house.  He’s planning a Nob-style slaughter.  Regarding David’s mindset, passion is in the room, and reason is out the door!  But quick-witted Abigail moves to intercept David before he does something he’ll later regret.  She meets him with a winsome gift and persuasive words which bring David back to his senses.  Abigail says: “The Lord has RESTRAINED you from shedding blood, and from avenging yourself by your own hand” (1 Samuel 25:26).

My wife walks our Golden Retriever, Shasta, with a RESTRAINING leash.  It holds the dog back from running out in front of 55 miles-per-hour cars and trucks, from leaping into neighborhood ponds laced with muskrat traps, and from scrapping with neighboring German Shepherds.  Her wise counsel also keeps me, her husband, out of a lot of trouble.

Our sovereign Good Shepherd enlists RESTRAINING leashes of many forms, to keep us from sinning to our spiritual hurt.

Your sicknesses, and pains, and griefs, and depression of spirits, and all sorts of trials are often sent to you just to prevent you from sinning; they tether you, RESTRAIN you, like the horse that was in a meadow with a clog on him.  (A clog is a block of wood tied to a horse’s hoof to keep it from galloping.)

A friend said to the owner, “I wonder why you clog such a fine horse as that; it seems such a pity.”

“Well,” replied the owner, “I would rather clog him than lose him; and if I did not clog him, I should lose him. He has a habit of jumping hedges and ditches, and we cannot keep him unless we clog him.”

So, my brother, you have a clog, because the Lord would rather clog you than lose you; he would sooner make you suffer here than permit you to suffer for ever in hell.

“Blessed be the Lord God of Israel” (1 Samuel 25:32), for RESTRAINING us with with wise-witted spouses, neck pinching leashes, and hoof tethering clogs.